Our most recent prices

The biggest problem most people face when scrapping a car is actually getting it to an Authorised Treatment Facility (ATF) without incurring huge delivery or collection fees. At Scrap My Car, we are committed to offering our customers only the best service and will arrange for the collection of your scrap vehicle COMPLETELY FREE OF CHARGE in Camberley.

We can usually arrange to have vehicles collected within 24 to 48 hours and at a time that is convenient to you.

All of our prices are guaranteed and there are no hidden charges or fees. We aim to be as transparent as possible in our service and pricing, and the quote that you receive on-screen will be the amount we pay you for your unwanted car. If you're happy with the figure then go ahead and accept our offer to begin the process of turning your unwanted car into useful money.

Since the Scrap Metal Dealers Act 2013, cash is no longer a legal payment method. We therefore pay by bank transfer following collection of the vehicle. Simply give your details to the receptionist or the driver. We guarantee you will receive payment next working day into your nominated bank account. More Information: http://www.legislation.gov.uk/ukpga/2013/10/enacted

There are many different websites and companies offering prices and it is well known that not all prices offered for scrap cars are guaranteed. If you have been offered a better price, you should be mindful that this is often because the collector will negotiate the actual payment on your driveway or at the roadside on the collection day.Usually this will be less than that publicised. We do not act in this way – if the conditions are met your price is guaranteed

After collection your vehicle will be taken to an Authorised Treatment Facility (ATF). Your car will then be de-registered on-line direct with the DVLA and a Certificate of Destruction (COD) should be issued via email, usually within 7 days.

Once the car has been successfully recycled, you will be issued with a Certificate of Destruction (CoD). This in essential which is essential as it proves that your vehicle has been disposed of by a licensed ATF - as only those with access to the DVLA system can produce a genuine CoD for your vehicle, and it confirms that you no longer hold any legal responsibility for the car which ultimately protects you should it ever be linked to criminal activity in the future.

You can cancel your car insurance as soon as the car has been collected. If you cancel your insurance before the car is collected, then it is illegal for you to use it on the public highway.

You can possibly get a refund for any outstanding car tax by returning the yellow section of the V5C to the DVLA. More Information: https://www.gov.uk/vehicle-tax-refund.

We do not sell car parts.

Camberley is a town in Surrey, England, 31 miles (50 km) southwest of Central London, between the M3 and M4 motorways. The town is in the far west of the county, close to the borders of Hampshire and Berkshire; the boundaries intersect on the western edge of the town where all three counties converge on the A30 national route. It is the main town in the borough of Surrey Heath.[2] Camberley's suburbs include Crawley Hill, York Town, Diamond Ridge, Heatherside, and Old Dean.

Before the 19th century, the area now occupied by Camberley was referred to as Bagshot or Frimley Heath.[3] An Iron Age fort liberally among one of many examples known as Caesar's Camp was to the north of this area alongside the Roman road The Devil's Highway.[4] The Intenarium Curiosum, published in 1724, describes a collection of Roman pottery around the area, and a further collection was discovered at Frimley Green in the late 20th century. In the Middle Ages, the area was part of Windsor Forest.[4]

In the 17th century, the area along the turnpike road through Bagshot Heath (now the A30) was known as a haunt of highwaymen,[4] such as William Davies  also known as the Golden Farmer[5][a]  and Claude Duval. The land remained largely undeveloped and uncultivated due to a sandy topsoil making it unsuitable for farming.[4] In A tour thro' the whole island of Great Britain, written between 1724 and 1726, Daniel Defoe described the area as barren and sterile; "a mark of the just resentment shew'd by Heaven upon the Englishmen's pride horrid and frightful to look on, not only good for little, but good for nothing".[7] A brick tower was built on top of The Knoll in the 1770s, by John Norris of Blackwater. It may have been used for communications but there is no firm evidence. The remains are now known as The Obelisk.[8][9]

19th century
The town as it now stands has its roots in the building of The Royal Military College, which later became the Royal Military Academy, Sandhurst, in 1812. A settlement known as "New Town" grew in the area around the college which in 1831 was renamed Yorktown, after Prince Frederick, Duke of York and Albany.[10] At this time, the population was 702. In 1848, the first parish church of St. Michael, Yorktown was built by Henry Woodyer, in an area formerly part of Frimley, itself only a chapelry of Ash.

Later, the Staff College was established to the east of the Academy, and a property speculator built the nearby Cambridge Hotel. The surrounding area became known as Cambridge Town, but was renamed "Camberley" in January 1877 to avoid confusion by the General Post Office with Cambridge in Cambridgeshire. The renaming of Camberley was mentioned in the 1963 film adaptation of William Golding's Lord of the Flies. The character Piggy states that the new name consisted of three parts; "Cam" taken from the original name of Cambridgetown, "ber" which means 'river', because there are many rivers in the area, and "ley" because it is a common ending for English town names in the area (as in neighbouring Frimley);[11] although the name was actually derived from the "Cam" stream which runs through the town (mainly underground), "Amber" Hill which was marked on John Norden's map of the area in 1607 and "ley" usually meaning a clearing in the woodland.[12] Hugh Edwards, the child actor who played Piggy, attended Camberley Primary School which was demolished[when?] to make way for the town centre redevelopment.

During the 19th century, Camberley grew in size. This was given added impetus with the arrival of the branch-line railway and railway station in 1878 and a reputation for healthy air, due to the vast number of pine trees, which were said to be good for those suffering from pulmonary disorders. By the end of the century the population had reached 8,400. Since then, the town has absorbed the original settlement of Yorktown, which is now regarded as part of Camberley.

20th century
The Southern Scott Scramble, the first known motorcycle scrambling event, took place on Camberley Heath on 29 March 1924. The event, won by A.B. Sparks, attracted a crowd in the thousands and is considered to be the first instance of what later developed in the sport of motocross. During the Second World War, the Old Dean common was used as an instruction camp of the Free French Forces. The Kremer prize was conceived in the Cambridge Hotel in Camberley in 1959 after Henry Kremer toured a Microcell factory.

Barossa Golf Club (now defunct) was located on Barossa Common. The club was founded in 1893 and continued until WW2.[13]

The Old Dean housing estate was built in the 1950s on the "Old Dean Common" for residents of heavily bombed Surrey-area's homeless after World War II. Many of the roads on that half of the Old Dean are named after areas of London, with the others named after places on the common.

Camberley falls under the siren test area of Broadmoor Hospital, a secure mental hospital in nearby Crowthorne. The siren was installed following a public outcry at the escape of child-murderer John Thomas Straffen in April 1952. The siren is still tested every Monday at 10am.

In 1969 there was an outbreak of rabies when a dog, just released from a sixth month quarantine after returning from Germany, attacked two people on Camberley Common. The scare resulted in restriction orders for dogs and large-scale shoots to carry out the destruction of foxes and other wildlife.[14]

21st century
After debate and delay (plans having been discussed for over half a decade), in 2006, a 7-acre (2.8 ha) mixed-use development west of Park Street named The Atrium was built of residential, leisure and retail buildings with wide pedestrianised areas and 683 public parking spaces. Its 217 mid-rise apartments split into courtyards in the Barcelona style. Fourteen new retail units face directly onto Park Street, opposite the Main Square shopping centre. Park Street has been pedestrianised and landscaped as part of the development. Leisure facilities include a nine-screen cinema, a bowling alley, a health and fitness club, cafés and restaurants. Various elements of The Atrium was opened during 2008, with the final elements, the main cinema and bowling alley, opening in October and November 2008, respectively.[15]

In 2009, the town's households were named by Experian as having the highest carbon footprint in the UK, estimated at 28.05 tonnes per household per year (compared to 18.36 tonnes for the lowest, South Shields).[16] 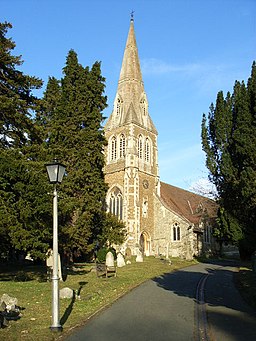 We are proud to be an independent authorised service specialising in

We have long term vehicle recycling experience handling 100s of vehicles successfully each month. We are a real vehicle recycler not another quote website.

We value our reputation for honesty and fairness and provide guaranteed prices with a prompt payment and no extra charges.

MORE ABOUT OUR LOCATIONS